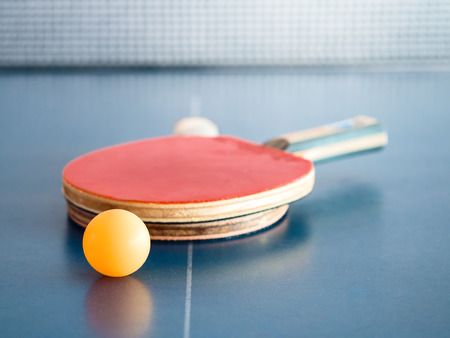 It is no longer surprising to me when a participant discloses he was angry when he was first told he needed to attend a battering intervention program. It is common among those we serve. It still puzzles me that a person can be violent and cruel to their partner and not recognize the need to work on changing their own behavior.  Thank goodness, most of our participants change their perspective over time.  One of the helpful ingredients to make this change happen is something we call the “Ping Pong Effect”.

When discussing the process of change with those who complete our program, they commonly acknowledge the frustration and resentment they held when they first arrived. When reflecting on what helped them to move beyond this, they frequently refer to the stories that were shared by others in the group. They will say something like, “Once I learned that there are other people who are like me--in a strange way, I felt better. I realized I was not alone.”

The fear of being judged as mean, damaged, crazy, sick or strange is pervasive among those who use violence in relationships.  They do not want others to know what they have done, and they certainly don’t want it to be known how their behavior impacted their partner, kids or others. They do not want to admit these things to themselves. The opportunity to listen to others talk about their own cruelty and their adverse experiences in childhood can go a long way in helping a new participant begin to change. The stories and strength of other group members can ease the fear and can invite cautious group members into sharing, or joining into the “Ping Pong Effect”.

The opportunity to listen to others talk about their own cruelty and their adverse experiences in childhood can go a long way in helping a new participant begin to change.

I am sure you have seen it in your class.  A group member says something vulnerable like, “I am really afraid of being alone.” Suddenly, someone else says, “Thanks for saying that. I feel the same way.”  Soon, the class is talking about the fear of loneliness and the cruel behavior that was used to avoid being alone.  This is the “Ping Pong Effect” in action.  One person says something that they rarely state out loud, and suddenly others chime in with vulnerable statements of their own.  This is magical when it occurs, and is much more likely to happen with well-established emotional safety in the group.

When participants recognize the presence of emotional safety, their willingness to participate in vulnerable conversations will increase.  Most participants begin evaluating the safety of a program from the first moment they make contact.  They pay attention to how they are treated on the phone, how they are greeted when they first arrive, how the facilitators and staff treat each other, and how the facilitators treat the other participants in the program. This critical examination in the early stages of the program can make a huge difference in how a participant engages throughout the course of their participation. The "Ping Pong Effect" is an important indicator of a program's success in creating an overall atmosphere of emotional safety.

The "Ping Pong Effect" is an important indicator of a program's success in creating an overall atmosphere of emotional safety.

While there are many factors that contribute to change, emotional safety is a key ingredient.  If people are safe to engage in vulnerable and emotionally loaded conversations, they will begin to internalize the group discussion, applying it to their own beliefs, attitudes, and behaviors. Without creating a space for vulnerability, we miss out on golden opportunities to motivate change.